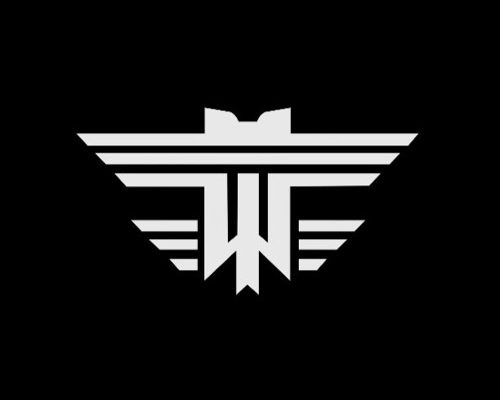 Since its inception, the sounds of hip hop were inherently tied to geography and space. The deep, rolling basslines of the west coast g-funk classics pioneered by Dr. Dre were fundamentally different from the grimy beats and kung fu samples produced around the same time by RZA in New York. The dirty trap sound started by TI and Gucci Mane in Atlanta during the mid-2000s were diametrically opposed to the soul-sampling productions coming out of Chicago by the up-and-coming Kanye West as he rose to the top of the charts. Likewise, the gangster rap scene has also been attached to geography. NWA, Snoop and Pac repped the west coast, while Biggie was out for NYC; Chief Keef holds it down for Chicago, while Young Thug is always connected to Atlanta.

But, as anybody with an internet connection can tell you, digital networks are starting to globalize a lot of hip hop’s sounds. A$AP Rocky is riffing on the chopped and screwed sound developed by UGK in Houston, while the Memphis sound originated by Three 6 Mafia has influenced a generation of rappers from Miami to LA. Long gone are the east-coast/west-coast feuds that dominated the popular hip hop imagination in the 90s. Instead, we have Spark Master Tape: a gangster for the internet.

Masked and anonymous, Spark Master Tape dropped is first mixtape back in 2013 to modest acclaim on a variety of blogs and Reddit’s r/HipHopHeads. This is where I first stumbled across him. After I kept seeing this bizarre album cover featuring a young white kid with a mullet kept popping up in different threads, I had to figure out what the hype was. It turns out, Spark Master Tape was just what I wanted from internet era gangster rap.

Now four albums/mixtapes deep, Spark draws on a wide range of geographical sounds, while always keeping his sound unique. He always pitches his voice very deep and relies on deep, heavy beats by his production team, Paper Platoon and DJ Charlie (I’m pretty sure Spark, Paper Platoon and DJ Charlie are one in the same, but I’m not sure). Some people have claimed that he and the rapper Last Standing Poet are one and the same, but again, I’m not 100% sure on that: so let’s stick with what we know for sure.

Spark raps about traditional gangster rap themes: guns, money, women, drugs. He draws on the g-funk sound of the west coast gangster rap era and samples Dr. Dre and Snoop Dogg liberally; he has taken entire verses from rappers Too $hort, New York rappers like Busta Rhymes and the Wu-Tang Clan, Miami glam rapper Rick Ross, and, of course, Kanye. These samples are occasionally even entire verses from other rappers, making a lot of his music inaccessible through iTunes and Spotify (SoundCloud doesn’t seem to mind). He also draws on soul samples from the 1970s, like The Five Stairsteps, indie rockers like Alt-J and Feist, operatic tracks from YouTube videos, Quentin Tarantino and Martin Scorsese movies, and quotes from German philosopher Heinrich Heine and nuclear physicist J. Robert Oppenheimer. Needless to say, the Paper Platoon dives deep into both hip hop history and the internet for sample sources for this unique form of gangster rap.

In addition to his sampling prowess, Spark creates a unique sonic aesthetic by both adjusting the pitch of his voice down for every track, and repeating little phrases, asking “what kind of soup are you making?” and “you like it?” Soup has become a regular theme across his catalogue. In addition to this regularly repeated question, DJ Charlie gave instructions for constructing a soup cartridge on the second project The #Swoup Serengeti Mixtape, Spark provides “swoup” for the whip on Silhouette of a Sunkken City, and the Paper Platoon devotes an entire track to chicken soup on the newest release, The Lost Grapes EP. #SWOUP becomes a meme for Spark, repeating and changing across his different tracks and evolving across his projects.

His memes aside, Spark’s entire persona and fame reside online. While he was originally scheduled to tour with Run the Jewels last year, he dropped off the tour schedule at the last second for unknown reasons. He hasn’t received a lot of press from mainstream hip hop outlets like The Fader or Complex, but has gained a lot of traction on digital forums. He even shouted out r/HipHopHeads on “Reefa”, acknowledging that “I only get love up on hip hop head Reddit, like damn.”

His music videos often don’t help his lack of mainstream acknowledgement, focusing on surreal images of masked, gun-toting gangsters and often featuring fake quotes from people who sound suspiciously similar to your favorite mainstream rappers. Spark’s videos draw on themes from gangsta rap and horror movies; he samples old cartoons and mainly uses black and white film. He slows down the video, plays it in reverse, highlights some colors, and overall creates a surreal atmosphere that is at once both appealing and disturbing, funny and tragic, digital and real.

”Spark is the reason I made Relapse – Marschaul Mavers”

Fundamentally, Spark Master Tape is the ultimate internet gangster. Anonymous, violent and misogynistic, Spark makes soup of digital culture and gangster rap, claiming no territory except the web and no identity except for a unified sonic and visual aesthetic. And he knows it. On the second track of Syrup Splash he asks “internet gangster, what kind of hood is you claiming?” Spark, DJ Charlie, and the Paper Platoon came out of the gate with a fully formed style and aesthetic, both visually and sonically, but demand anonymity that can only exist on the internet and they have stayed there (so far). Spark’s uzi is only available on Instagram, but his fans don’t demand it exist in real life. As long as he keeps producing music that remixes gangster rap and digital culture, he’ll keep succeeding in the underground, but he might never escape it.

6 thoughts on “What Kind of Hood Is You Claiming?”